The invention of Bitcoin revolutionized the idea of digital money. But innovation didn’t stop there. A number of people saw use for these technologies in other areas―including in the area of law.

Before we can look more into this usage, one core feature of crypto-currencies needs to be explained.

Bitcoin is not a like a traditional currency that is sent from one account to another. In fact, Bitcoins always “sit” on the Blockchain. What changes hands is the ability to spend them based on their unique access keys. Moreover, the execution of a Bitcoin payment happens based on a script, as is explained by Andreas Antonopolous:

“Bitcoin transaction validation is not based on a static pattern, but instead is achieved through the execution of a scripting language. This language allows for a nearly infinite variety of conditions to be expressed. This is how bitcoin gets the power of ‘programmable money.’ ” 1) Andreas M. Antonopoulos, “Mastering Bitcoin – Programming the Open Blockchain,” (O’Reilly Media, Inc, 2nd Edition, 2017): Chapter 6, Transactions.

This means that besides simply spending money from A to B, there can be conditions applied to how and when it is spent. For example, the currency could be spent after certain predetermined conditions are met.

In theory, transactions on the Ethereum Blockchain can be subjected to any type of computation problem.3) “Turing machine,” Wikipedia, accessed on April 4, 2018, https://esolangs.org/wiki/Turing_machine
“a Turing machine can make any sort of calculation that it is possible to precisely define an algorithm for.”

Now, systems can be created that spend currency not based on human actions, but on computer code. This allows for systems to be built that can make transactions automatically without a central server, system supervisors or security systems.

There are endless applications for this; self executing (smart) contracts, token systems used for crowd-funding, arbitration systems, financial contracts, and even new systems of governance.4) Vitalik Buterin, (2013): Applications

As far as legal projects are concerned, they can be divided into four main categories:

The next lessons explain these developments in detail. But before we can do so, it is crucial to address two major thinking errors. When examining these projects,5) For the creation of this series dozens of whitepapers were read of projects focusing on arbitration, corporations, jurisdictions and smart contracts it becomes obvious that two major thinking errors persist:

Differences between Law and Technology

Legal systems are based on ideas and best practices dating thousands of years. They are subject to ever-changing opinions and ideologies. Their outcomes and definitions are uncertain. Legal systems evolve slowly in a non-linear fashion over time and their development and workings are not transparent.

Decentralized technologies are based on hard science, mathematics and cryptography. They are formed by peer-to-peer networks and run by consensus. They provide a cryptographically secure framework that can be trusted to provide a predictable binary outcome. The systems and their development are transparent, open source and can be inspected by anyone.

We must acknowledge that the development of a legal system is not the same as the development of a technology. Proven technologies form a base layer on which future technologies can be build. An example is the Internet, for which original protocols like TCP/IP and DNS still function as the base-layer for new layers of technologies.6)“History of the Internet,” (Wikipedia), accessed Aug 18, 2018, https://en.wikipedia.org/wiki/History_of_the_Internet As a result, the way the Internet works doesn’t change with the election of a new judge or government.

One could argue that conventions, constitutions and declarations of independence function as a base-layer for our legal system―but their interpretations and effects change over time.

In a legal system, top layers change the underlying layers over time. It is more organic and “alive.”

As a result, the development of law and technology require each a different approach.

The Need for a Legal Framework

One essential question for any legal system is: which laws apply. Which laws govern the interactions with the system. As fundamental a question as it is, most project simply decided to ignore it.

As a result, certain projects aim at creating new countries without defining what a country is under international law. Others wish to create a new type of corporation but fail to address what is needed to be a person before the law. Arbitration systems arise without governing laws or means to enforce rulings. Smart contracts are signed that aren’t binding or enforceable.

In short, the vast majority of these projects lack a legal framework. Decentralized Law is needed to provide a legal framework if we ever want decentralized legal applications to work. It is a bit like working on a new type of airplane―at one point you have to address the issue of gravity.

What is a Legal Framework?

A legal framework is a broad system of rules that governs and regulates decision making, agreements, and laws.7)“Legal Framework,” (TransLegal), accessed December 18, 2019,https://www.translegal.com/legal-english-dictionary/legal-framework It acts as a top-level umbrella, governing all beneath it.

A fine example would be a constitution, which provides the framework for how government is organized. Branches of government maintain significant control over the laws they make, but only as far as the constitution allows.

A more specific example would be the laws applicable when starting a business in Dubai. The main applicable legal framework is the UAE federal law no.2 on Commercial Companies. However, this law delegates some of it’s control to specific free zones. Free zones in Dubai are free to create their own laws regarding companies acting within the free zone (outside the free zones the federal law applies). The individual free zone companies in turn then sign a memorandum and articles of association (M&A) that govern the company.

This is demonstrated in the following image:

It is worth nothing that the power of a legal frameworks generally is restricted to one area. The UAE companies law applies to companies and not to marriage. The US constitution applies to the United States of America―not to Canada.

This is why during these lessons legal frameworks are displayed as an upside-down pyramid. Higher laws provide the framework providing the boundaries for the lower laws exist. 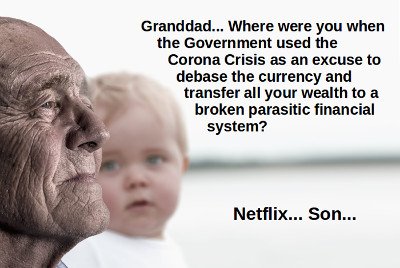