As is clear, the ideas so far presented are based upon private law. The private arbitration framework based on private contracts is a good example of this as well as the creation of frameworks for specific industries and private Consensus Jurisdictions. Some may ask however, how does this relate to the world of law making at large?

The creation of public law is the domain of governments. In most countries, this is subject to a democratic process. This process is generally founded on the principle of separation of powers, as generally attributed to Baron De Montesquieu.1) Charles De Secondat, Baron De Montesquieu & Translated By Thomas Nugent, “Spirit of the Laws,” (1752):
Page 173, “In every government there are three sorts of power: the legislative; the executive in respect to things dependent on the law of nations; and the executive in regard to matters that depend on the civil law.”

The principle suggests that tyranny could only be prevented should no branch of government hold all powers. Thus, powers are generally divided into law-making, executive and judiciary branches.

It shouldn’t be forgotten that these ideas were developed during a time when monarchs still had all the power. The separation of powers was a step forward. The question we can now ask is: why should all pillars of power involve the government?

We already saw how globally enforced legislation exists outside of the democratic process. We also saw that private law creation dates back centuries with Lex Mercatoria. Adding to this are private arbitration centers that rule on private contracts and make use of the public judiciary branch to enforce rulings.

In the summer of 2018, the football World Cup took place in Russia. It is the Fédération Internationale de Football Association (FIFA) that creates―and updates―the rules of this global spectacle. One of its new innovations that year was the VAR. This new system allowed the referee to review a situation on video so he could make better decisions. This system is now also being used in national competitions.

FIFA is a private organization. And football is no small thing. The World Cup is one of the largest events in the world. And yet, it is not public laws that regulate football!

Now let’s assume that football was so dangerous that people would die on the pitch every week. It wouldn’t be long before the government would step in and “do something.” The conclusion is that FIFA can regulate the global interaction of large groups of people without the involvement of government, as long as public interest isn’t harmed in its oversight.

Moreover, there are other indirect ways that demonstrate how such an organization can influence law. A government consists of people and these people do not live in a vacuum. The first place that a government employee would look to if asked to regulate football would be the existing rules and regulations of organizations like FIFA. After all, why reinvent the wheel?

Not only do public policies affect private affairs; private affairs also affect public policy. This concept could be compared to a theory in finance introduced by George Soros known as Reflexivity.2)George Soros, “The Alchemey of Finance,” (John Wiley & Sons, Inc., Hoboken, New Jersey, 1987 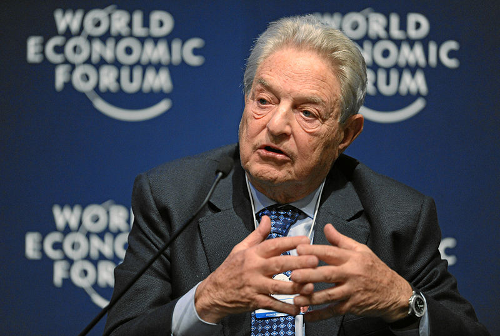 This process can be observed in the real world too. An example is the refugee crisis in Europe, where judges determine the cases of asylum seekers based on reports from NGOs; reports written in support of the plight of the asylum seekers.3)As witnessed by the author in the immigration court in the Netherlands.

Another example is the controversy stirred up by the OECD on the tax-avoidance practices of multinationals; a practice for which the OECD tries to enforce regulations. Such processes can be found everywhere.

It is merely the misunderstanding of this process by the public at large that allows these organizations to yield such influence. However, this process could be brought into the open with the more public process of creation and acceptance of Decentralized Law.

The Benefits Of Decentralized Law

Let’s not forget the open source process by which Decentralized Law could be created. Legislation created in this matter will be fair and readily followed as participants create it in a bottom-up fashion.

In addition, there are lots of areas where Decentralized Private Law could step in and regulate the interaction of large groups of people. In fact, there is no use in waiting for government legislators to act. They simply don’t understand Decentralized Systems and just impose Anti Money Laundering legislation and pretend to do something. The time is now for others to start working on functional frameworks of Decentralized Law.

Once a new standard emerges, it is a safe and popular bet for governments to incorporate this in their legislation. As far as enforcement goes, judges are supposed to be independent and base their judgment on the law. For them, there should be no difference in how the law is created. They might even feel more comfortable in ruling based upon widely supported and accepted Decentralized Law than top-down enforced public law.

The Future of Law?

We have endured a long and hard battle for power with our rulers for the establishment of individual freedoms under laws that equally apply to everybody. However, as the creation of law still sits in the hands of government and is applied in a top-down manner, we are still very much subjected to centralized law.

Using the Decentralized Legal System, we can immediately start creating bodies of private Decentralized Law based on consensus. These laws will have force in the real world. In addition, these laws can supplement centralized law in areas where it falls short, and perhaps gradually start replacing some of its processes.

These developments are in fact a very logical next step in the continuing trend of decentralizing power structures that has been going on for centuries. From gods to kings and from kings to States. The next target might well be the State and their multinational organizations. It requires a shift in thinking, and will not happen overnight. But it is coming, and cannot be stopped.

It can be assumed that not everybody in the government will welcome this idea.
But neither did the king…

This is the final article in a series of lessons on Decentralized Law (view summary).